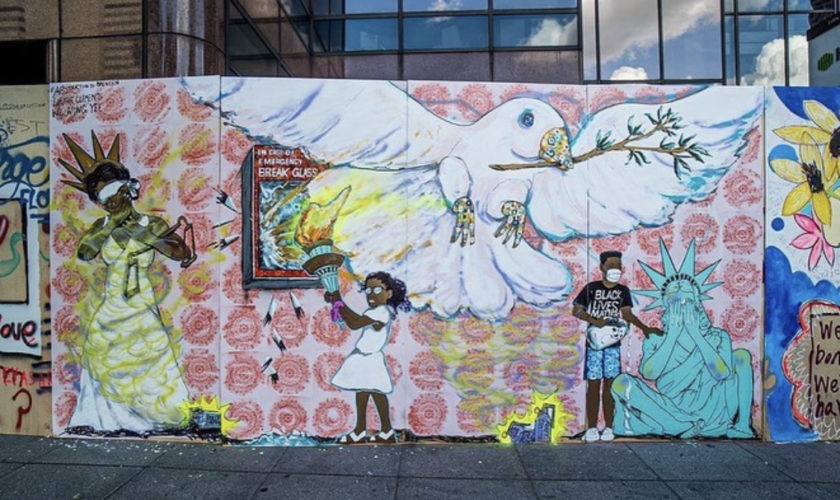 Every year, Americans get out, go to the beach, barbecue, and gather with friends and family to celebrate the independence of our country. The Fourth of July is a time to celebrate freedom, and the birth of the United States of America. America’s independence occured in 1776 when Thomas Jefferson, Benjamin Franklin, and John Adams (just to name a few) wrote and signed the Declaration of Independence on July 4th. This written document however, did not include slaves, women, or servants. Only the white man was considered free. In fact, the first six presidents owned slaves, including Thomas Jefferson who asked for independence for all. It took 87 more years for slavery to be abolished.

The first 20 slaves came to Virginia in 1619, after British colonists stole them from the Portuguese slave ships. For centuries, Africans were treated like animals; beaten, raped, barley fed, and paid hardly anything for their hard labor.

But I’m not here to give you a history lesson on slavery and the Fourth of July, I’m here to tell you a about a holiday that many do not know exists, Juneteenth. Yes, many non-colored folks do not even know what Juneteenth is, but even some black people do not celebrate it. I think it is time to start remembering and celebrating when we all became free (for real this time).

We learned in school about the Emancipation Proclamation, how it declared all slaves in the confederate states to be free. In school, I was always under the assumption that the north was “good” and the south was “bad.” I thought the north didn’t have any slaves, the northerners were against slavery and the union was not involved, but that was not the case. The Emancipation Proclamation did not free slaves in the Union territory. In 1863, it was signed for rebelling sates to set free their slaves, but not everyone is willing to let go of their way of life. Slave helped the southern economy grow. As time goes on, northerners grew angry that they were still legally allowed to own slaves, and in January, 1865 the 13th amendment was passed. However, this was mainly for the remaining northern states that still had slaves. The rebelling states were supposed to have ended slavery two years prior with the signing of the Emancipation Proclamation, but word got out slowly due to letters being the main source of communication. Many slaves did not know they were free, especially the slaves in Texas. It wasn’t until June 19, 1865 when General Gordon Granger arrived in Galveston, Texas to tell the news. Finally, two years after the original signing of freeing southern slaves, and 5 months after the abolishment of slavery in America, all slaves were set free.

Now all Africans were free, but many had no where to go and all experienced discrimination, racism, and harsh treatment. Many slaves ended up going back to their slave master’s plantation because they didn’t know what to do or where to go as a free man. Instead of being a “slave”, they “worked” for them instead. Still, we celebrate June 19, because that was the day, every last slave found out he was a free man, no more being owned, hunted, or attacked. Many slaves left the south, and the south had to reconstruct their economy in order to continue operating.

Juneteeth has been celebrated with parades, parties, and festivals over the years, but lately has been abandoned and less popular. So next time you celebrate freedom, liberty, and justice for all, think about how that did not happen for black man until June 19, 1866.