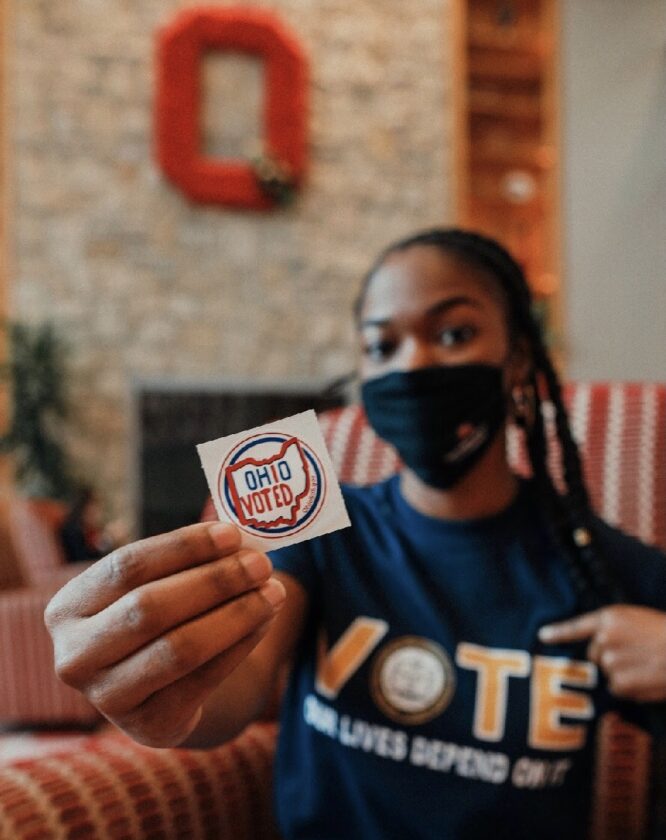 GO OUT AND VOTE

It is September, which means the 2020 election is right around the corner. Not only is the presidential election coming up, but many local government elections are also taking place. We must acknowledge the importance of voting; no matter our belief on policies or views on politicians. We must also educate ourselves and do our own research on all candidates running for office positions, especially within or own community. Our governor, mayor, chief of police, etc. all represent your voice and your community. Make sure you go to your state’s or your candidate’s website and read up on their policies, campaign, and plans if they get in office. Also be sure to look into what they are currently doing, good or bad (can typically find dirt on Twitter).

Whether we choose to vote in person or by mail, placing your vote should be done without any issues. However, many voting states are making it difficult for certain groups to go out and vote. In Atlanta, one of the voting polls in a predominantly black area took nearly three hours for the people to place their vote, while in the upper class (predominantly white) area, voting took about five mins. Making it difficult for black and other minorities to vote reduces the turnout in these groups, which reduces the chance of a candidate to get voted into office. On top of that, the postal service is experiencing many issues like budget cuts and changes that the president decided to have done, affecting those that plan to send in their votes this the election. Make sure you are being proactive and make the deadlines  to send in your votes based on your state. Below are the deadlines for requesting your vote by mail ballot for each state.

Young adults (18-25 years old) make up 50% of the voting population, but only 19% voted in the 2016 election. Democracy requires showing up. Your votes does matter, and not showing up to vote hurts the county are then not coming. Along with that, being young means people will try and make it hard for you to cast in your vote. Make sure you know your voting rights. Thanks to the added amendments over the years, every citizen 18 years old has the right to vote in the U. S. Do not let anyone tell you that you cannot vote. If they make it difficult for you to vote based on your political views or you race, religion, sexual orientation, etc. you can complain or call the cops on them. KNOW YOUR RIGHTS!

Make sure you do your own research on candidates. Seeing twitter posts and instagram stories is not research. Most likely, the person that posted it has some sort of biased perspective, so make sure you look into each candidate yourself and build your own opinion before voting.

Remember, your vote does matter. If you are in college and out of state, you can still vote. You can change which state you vote in (if you have proof of residency), or you can send in your vote via mail or email. Be sure to check your states website and sign up for any option.