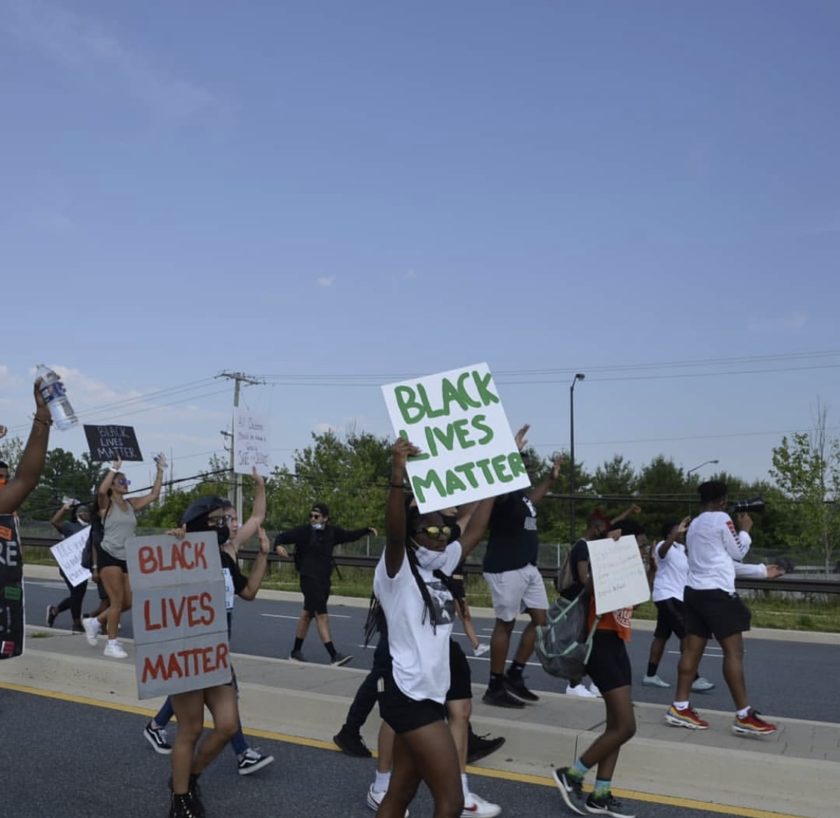 Independence, but for who?

July 4th is typically a day everyone gathers, barbecues, and celebrates the independence of our country. However, this year looked a little different. A few of my friends decided we’d get together and march for our freedom and equality. As we marched miles from our high school to the Clarksburg Outlets, we met with young leaders, allies, and community members to help spark conversations and change.

After our moment of silence for George Floyd, and for other black people killed, I spoke about how I felt (My speech is below). While writing it, I wanted people to understand how black people are not free, how we have a daily fight for our lives, and to not sympathize, but empathize for the black community. I think it is important for everyone to speak on how they feel, to have difficult conversations with their peers, because hearing someone’s emotions verse reading it in a text message can help better understand the message. 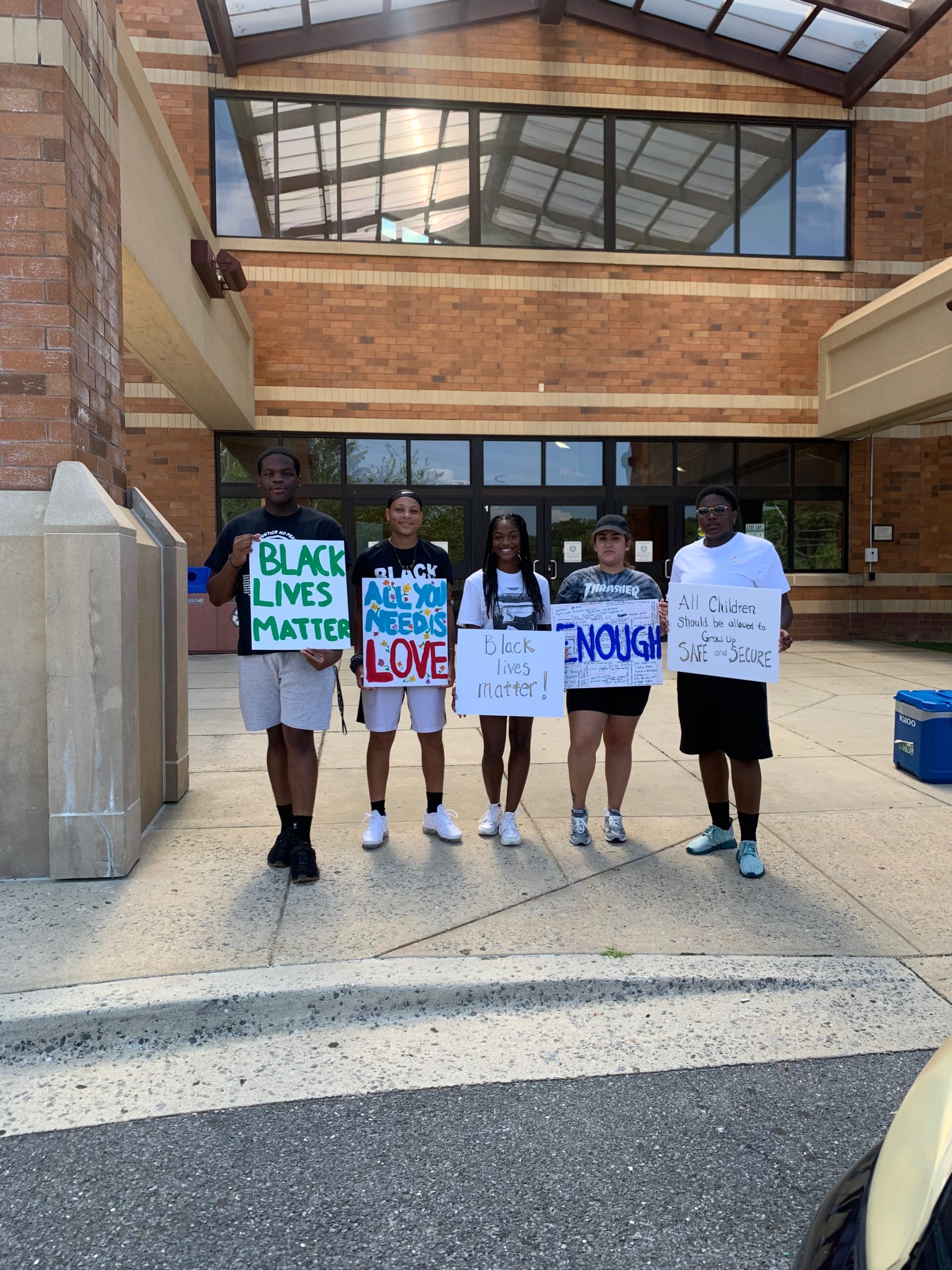 “I wake up, black. I walk down the street black. I apply for schools, jobs, internships…still black. I go to the movies black, the gas station, drive my car, sleep in my bed, all while being black.

I can’t change my blackness, nor do I want to. I wish my skin wasn’t a target. We’re tired of being a victim of hate. I wish people saw my brown skin and smiled when they saw me, instead of crossing the street to avoid interactions. I wish when you saw my brother and sisters, my friends and family, you saw hard working, smart, beautiful, strong people… because that’s what we are. We have shown this white America black buisness man and woman, ivy legue graduates, authors, athletes, musicians, even a President; all forms of black excellence and they still consider us less than.

Our people worked hard to be where we are today to fight for the “ so called” American Dream. We are the only people in world history that had to fight to be considered humans, before we even have to fight for equality. After we fought for humanity, we then fought for freedom, then equality, and now were fighting to stay alive.

I’m tired of fighting the same fight our families have been fighting for generations, which is our rights we are supposed to be born with.

And today, 4th of July, 244 years ago America became free from Britain, but over 75% of the founding fathers that’s signed the Declaration of Independence owned slaves, and did not want us to be free. Fredrick Douglas said ‘the 4th of July is yours not mine, you may rejoice, I must mourn’.

To me, July 5 means so much more than July 4th, because on that day in 1827, 4000 African Americans marched down broadway to celebrate the end of slavery in their state. Or Juneteenth, which Is my real Independence Day. So remember what today truly means , not just this year but for every year moving forward.

And for our friends out here fighting this cause with us who are not black, When we are not in your presence, continue to stick up for us when your non black friend says “Ayy NIgga”? Speak up when your teacher belittles your black classmates, teach your children to play with all kids and to treat them all how they wish to be treated. It’s one thing to post on your Instagram story to show your “not racist” but it’s another thing to actively live against racism. So today we march, and we’ll continue to march and fight until change is made, until the hearts and minds of people change, until this judicial system changes, because altering a system that was built to oppress us, is not enough.”

5 thoughts on “Independence, but for who?”